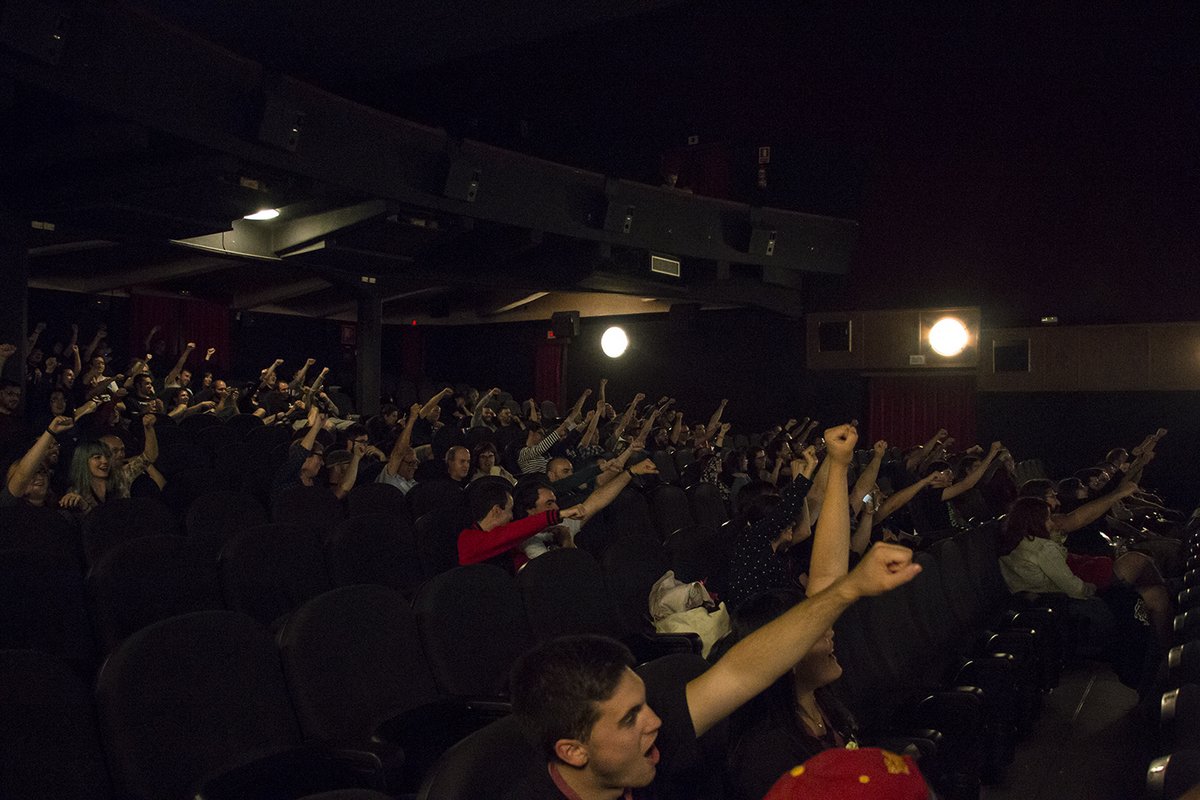 A Faithful and Passionate Audience

The number of spectators at the festival is very similar to last year. About 9000 people attended the different events and venues of the festival. Despite the cold in the evenings, with more autumnal than summer temperatures, la Bassa became the epicentre of the festival again, a meeting point where cinema, gastronomy and Asian cultures meet and where spectators from all backgrounds and ages gather together.

Apart from the films at cinema Vigatà and la Bassa dels Hermanos, the festival incorporated new venues like Espai Josep Romeu at Joan Triadú Library for mid-afternoon screenings and other activities like book launches of Kaijû! Quadern de camp and Les aventures d’en Maneki-Neko, Asian storytelling or the Do Da Cat exhibition that is open all summer.

The Casa de Convalescència is another venue that has also hosted some of the events about Asia. A Japanese calligraphy workshop took place at their Headquarters, Creacció, and there is another exhibition called Papers and Letters, by the artist Mihoko Ono. All these artistic activities were part of the III Horitzó Asia Business Conference.

As well as the film spectators that attended the festival, many people have taken part in the workshops and talks dedicated to Asia at Centre Cívics in Vic that took place during the two weeks before the festival, about twenty activities that have been very popular and will be returning for the 2017 edition.