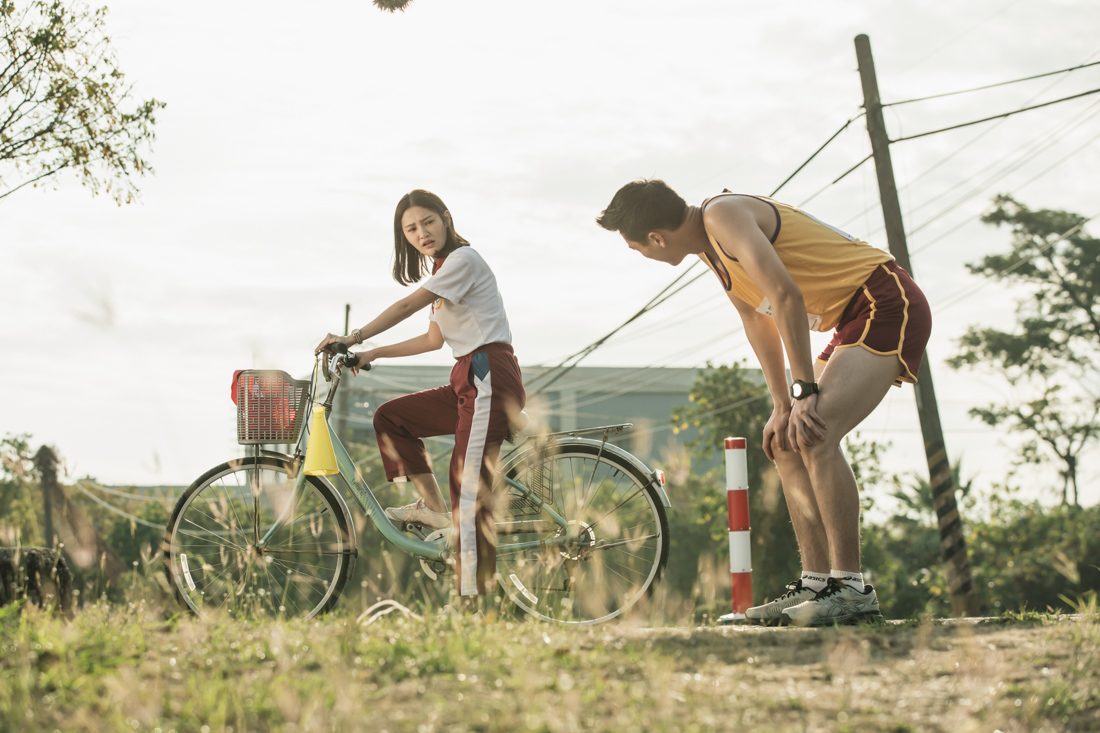 The Asian Summer Film Festival announces the program of its 19th edition, which will feature 35 films including three world premieres, twelve international premieres and five European premieres. From July 19 to 24 the city of Vic will become the capital of Asian cinema, filling L'Atlàntida, the Casino and La Bassa dels Hermanos with the most outstanding films of the year from countries such as India, Hong Kong, Taiwan, Indonesia, China, South Korea and Japan.

All the titles of the Official Selection. Among the titles in the official competition section of the Asian Summer Film Fest that can be seen every evening at L'Atlàntida there are several world and international premieres, as well as some of the most acclaimed titles of the year in their countries of origin.

Chui Tze-Yiu's Remember What I Forgot, a love letter to Hong Kong cinema by Lil' Kim, a film buff from a country as wise and omnipresent as it is mysterious, and Lee Kang-wook's Korean film Tiger's Trigger, starring veterans Kim Won-jin and, once again, Casanova Wong, where intimate cinema and Takeshi Kitano-style outbursts of violence coexist, will be shown on the big screen for the first time. In its European premiere comes the winner of the Grand Jury Prize at the prestigious Bucheon Fantastic Film Festival, Hsu Fu Hsiang's Treat or Trick, a work that moves between horror comedy and gangster cinema, a remake of the Korean To Catch a Virgin Ghost. Also in a humorous vein, the eclectic filmmaker Sion Sono returns to his essence with Red Post on Escher Street, a love letter to cinema, a film about films, a radical comedy full of contrasts where extras take center stage, filmmakers lose their heads and film shoots reveal all their inner chaos. Less subversive and more luminous is the Taiwanese proposal Summer, by Su Che-Hsien, a summer tale of sport and self-improvement about a journalist and a coach in low hours who, through mutual support, manage to raise a team of troubled athletes.

The Asian Summer Film Festival 2022 will also feature some pearls of Asian auteur cinema of the last year, such as the already announced The Coffin Painter(Da Fei) or Dostojee (Prasun Chatterjee). Also Madalena, by Emily Chan, a nocturnal love story with echoes of Wong Kar-Wai's cinema that takes place in Macao featuring two people wounded by the past; or the Japanese Tamano Visual Poetry Collection: Nagisa's Bicycle, by Masaya Kawamura and Tetsuichiro Tsuta, where three stories full of lyricism intersect in which the main axis are bicycles and their singular owners: a veteran racer who pedals so as not to retire, a young fisherwoman and a couple who have to separate for work.

These, together with Preman (Randolph Zaini), the eagerly awaited and revolutionary animated films I Am What I Am (Sun Haipeng) and Inu-Oh (Masaaki Yuasa), as well as Junretsuger (Hiroshi Butsuda) and Little Canned Men (YuFei), make up an eclectic official competition section from which the winners of this year' Asian Summer Film Festival will emerge.

Open-air screenings at La Bassa dels Hermanos. The most emblematic location of the Asian Summer Film Fest will host some of the most splendid official section screenings of the festival, accompanied by a typical dinner of the country from which each film comes from. Anita, a biopic of Hong Kong singer Anita Mui, will start off the festival. The epic story of this essential artist of Cantonese music is set to open the nights at La Bassa on Tuesday, July 19.

Animation will also have its place at La Bassa with Goodbye, Don Glees!, from the legendary Madhouse studio. The Japanese night will be a journey full of humor and adventure about three friends who, in search of an atypical treasure, end up traveling through the most untamed and spectacular landscapes of Iceland.

Between South Korea and Hong Kong, La Bassa will dedicate its third night to classic kung fu cinema with Warriors Two, by Sammo Hung, a 1978 film considered one of the 10 best in the history of the genre, starring Casanova Wong, in which a fighter wants to learn a secret technique to face a group of villains.

The fourth night will be dedicated to China, where one of the highest-grossing films of the year will be screened in its international premiere. Bath Buddy is a comedy about a rich and arrogant boy who suffers an accident that causes him amnesia and ends up in a traditional bath where he has to get along with his veteran director and learn the secrets of good bathing.

Also in international premiere, the Indian night will close —out of competition— the sessions at La Bassa with a festival of action and impossible choreographies. Sanak, a film that draws from classics like Die Hard featuring genre star Vidyut Jamwal (who already charmed La Bassa with Junglee a few years ago), follows in the footsteps —and fists— of a man who has to cross a hospital full of terrorists to find his partner.

Maximum energy for the Sunday marathon and special sessions. On Sunday morning, martial arts and Wuxia genre, medieval fantasies and cyberpunk will be the main courses of the festival's film marathon, with the Chinese films The Legend of Shaolin (Zhang Dicai), A Blind Hero (Elvis Yeung) and Song of the Assassins (Daniel Lee). In the afternoon, closing the festival, there will be Blind War, a frenetic police action thriller, and one of the most epic and grandiloquent films of the year, RRR, by Baahubali director S.S. Rajamouli (author of the acclaimed Eega, also seen at Asian Summer Film Fest), three hours of story, action and adventure that have become the highest-grossing Indian film in the country's history.

Among the other special sessions of the Asian Summer Film Festival will be Butterflies, a Taiwanese work by Catalan director Albert Ventura, who will present the film, as well as the documentary Kung Fu Stuntmen, which focuses on the invisible face of martial arts cinema: the extras and stuntmen. For their part, the midnight sessions on Friday and Saturday at the Casino will be an explosion of the most extreme and carefree cinema, with the double program of Yoshihiro Nishimura —Honorary Prize of the 2021 festival edition—, Anatomia Extinction (1995) and Holy Mother (2022), and the indispensable Cutrecon session with John Liu's recovered classic New York Ninja (1984-2021).

All these titles are in addition to those of the #Akihabara sections, with films like Tetsudon! We Are! or Legendary God Hikoza and Les Nits més petites, where, among others, great animated works such as The Legend of Sealed Book or Misaki no Mayoiga will be screened.

Share
« Days of ‘FesNits’
‘Anita,’ opening night of ASFF emerges as the top winner of the Hong Kong Film Awards »