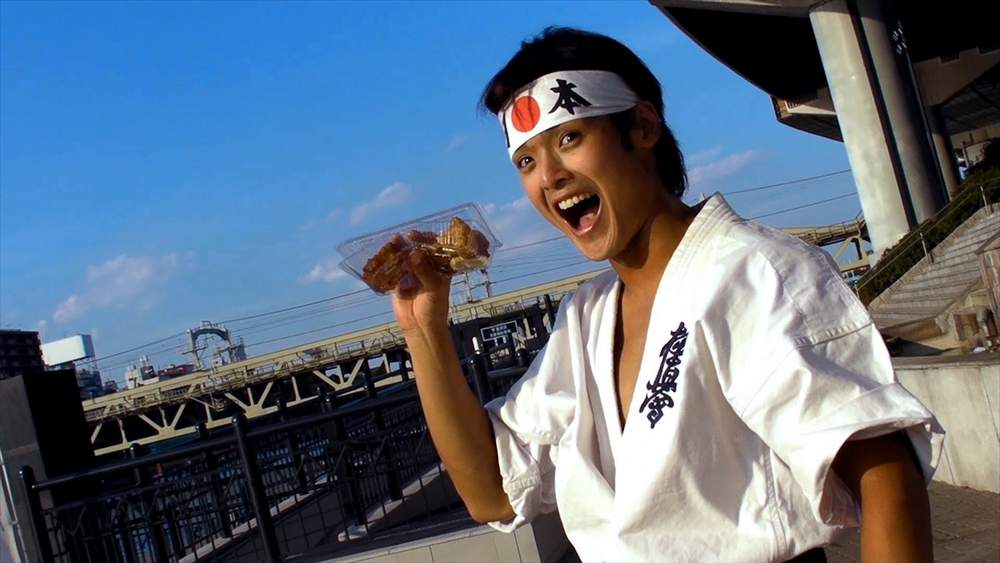 The programme of the 2016 Asian Summer Film Festival in Vic starts to take shape. To get you started we unveil some of the films that will be screened between the 12th and the 17th of July. Japan is the guest country this year and will be in several sections of the festival.

There will be fifteen Japanese films across all the sections, the official selection, the special screenings and the retrospective and children’s sessions. Some Japanese influenced feature and short films will also be shown at Ruta Marco Polo, which is the new cross brand that will present Western productions about Asia

Japanese Films to Open and Close the Testival

The Asian Summer Film Festival will open the outdoors screenings at La Bassa dels Hermanos with the humour of The Mohican Comes Home. 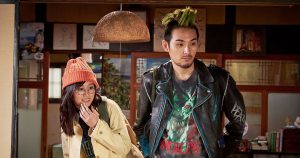 After last year’s success of Wood Job that won the Lucky Cat Award voted by the audience, the festival will start with another comedy on the Japanese Night. The film by Suichi Okita is a touching and witty portrayal of a generation. The relationship between a traditional and elderly father, who lives in the countryside, and his son, who sings in a Death Metal band, will make everyone laugh, and probably cry too.

The film that will close the festival keeps the light-hearted spirit to end the party with style as on every past edition. The film this year will be Chin-yu-ki, a wacky version of a classic novel from Chinese literature, Journey to the West. It is a scatological version of Dragon Ball that will have absurd humour fans in stitches. 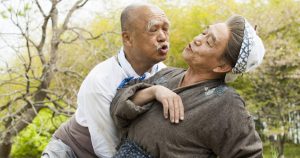 This adaptation of the popular Gataro Man manga is about Taro who was adopted by an elderly couple and has very peculiar powers. Monk Genzo takes him on a journey and tries to reeducate him. The Asian Summer Film Festival screening will be the international premiere of this film.

Japanese Films in the Competition

The Mohican comes home is one of the five Japanese films that will compete in the Official Selection of the Asian Summer Film Festival. The other four are the following: The Case of Hana and Alice an anime by Shunji Iwai, the horror comedy Z Island by Hiroshi Shinagawa, the international premiere of the wild Bloody Chainsaw Girl and the romantic comedy No Longer Heroine.

The battle between yakuza and zombies in Z Island will be the highlight of a scary night dedicated to horror films, on Friday the 15th of July. On Saturday the 16th of July, a girl armed with a chainsaw in Blood Chainsaw Girl will top the late night screening that will be full of surprises. On that same night, out of competition, The best of Tetsudon, a selection of amazing short films from this saga that are foolish, funny and creative will be shown.

This year, Japan will also be represented at the screenings for kids. The best thief in the world, Lupin III, and the detective trapped in a child’s body, Conan, will meet at the special Lupin III vs. Detective Conan. The last session, on Sunday the 17th of July, we will have one of the best tokusatsus of the year for all the family: Japan Local Heroes Great Battle, an amazing superheroes gathering with plenty of otaku action scenes. This screening in Vic will be the international opening of this film.

This session could be included as part of the Kaijû restrospective, where we will look back to remember all the Japanese giant monsters from films and how they have influenced other country’s cinema such as Hong Kong. With the support of the Japan Foundation, the festival has selected seven titles in total, five classics and two previews. Ataque a los titanes 1 y 2, distributed by Media3, will be screened before its release in national cinemas next September. These two live-action adaptations of manga and anime will be on a double bill with great quality sound and image.

Marco Polo will travel through Japan

This year, the festival has created a new section that will also have some Japanese films, or films indirectly influenced by it. This new film route, where the West looks East and the East looks West will have a documentary directed by Oriol Estrada, Songokumania, on the first day of the festival. This trip down memory lane will remember the boom of the Dragon Ball phenomenon in Catalonia. There will also be a few short films with Japanese ingredients: Alma, Serori, Hada, Am I too Big? and Gigantic Heroine, in different sessions detailed in the programme.