HOME / Latest / Films for Everyone 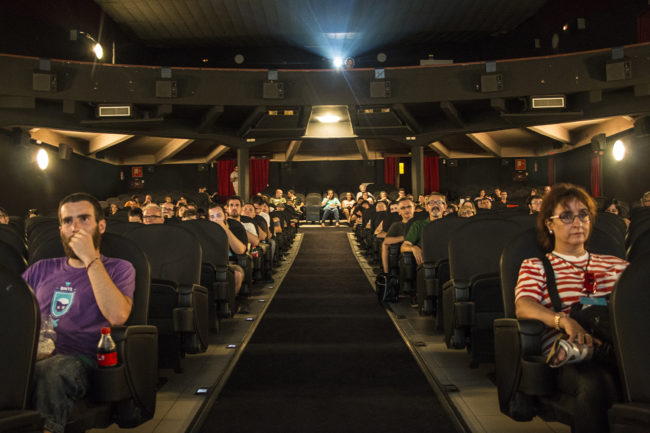 The Asian Summer Film Festival in Vic is a mix of genres and styles that turns into a filmic cocktail that caters for all the tastes and audiences.

Most blockbusters and explosives

One of the most amazing blockbusters this year is Ip Man 3. Donnie Yen becomes Bruce Lee again for the third, and last, episode of this already classic saga. This elegantly made film, distributed in our country by Isaan Entertainment, has fantastic action choreographies. Hong Kong is also the place where the Office is set, Johnnie To’s latest creation, who now directs a musical wonderfully.

Indian cinema will show its full commercial potential with Baaghi, a martial arts body count with all the Bollywood ingredients, and 24, a Tamil blockbuster by the producers of Enthiran. The Robot takes us travelling through time thanks to a witty plot with first class special effects. There are also Chinese blockbusters such Monster Hunt, the second highest grossing film in history. It is a family wu xia adventure with real actors that interact with animated monsters, created by the team who worked with Shrek. Another Chinese film is Chongging Hot pot, a combination of genres that turns into an action film and a black comedy.

One of the artistic gems of the festival will be from Taiwan, The Arti, an animated feature film with CGI and traditional puppets. It has been a huge craze in Asia and a sequel is already in the making.

Films from Japan, the guest country this year, will surprise everyone with the inaugural film, The Mohican Comes Home, a comedy that breaks generational stereotypes; No Longer Heroine, a successful romantic comedy based in a popular manga, and two live action episodes of Attack on Titan. Before MediaTres launches them next September, Nitòmans, the festival spectators, will be able to enjoy it at the preview screening during the festival. This will be the icing of the retrospective dedicated to kaijû eiga, Japanese monster films, that will spread horror across Vic with terrifying creatures such as Godzilla, Gamera or Gappa. 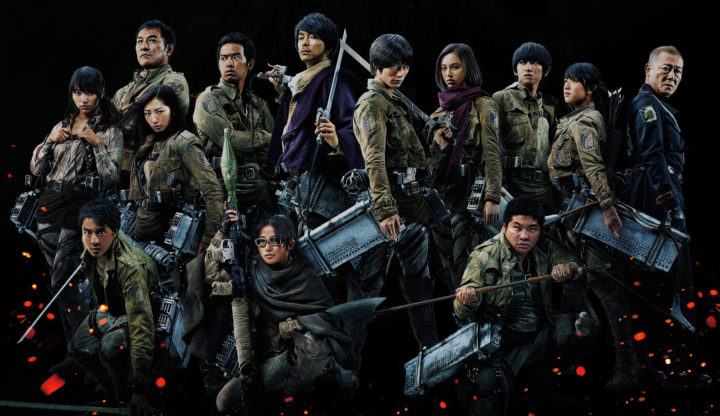 The most daring and introspective

Midway between commercial and arty films, the Asian Summer Film Festival presents Beijing Carmen, a Chinese version of the legendary femme fatale from Andalusia by Bizet that has been made into a film in several occasions. Directed by the choreographer Michelle Wang, who will come to Vic to present the film, the screening will be completed with a flamenco show with the dancer from Vic Aina Nuñez.

There will also be independent films at the festival with an extensive programme with features by cult authors like Shunji Iwai that directed The Case of Hana & Alice. Xu Haofeng will delight spectators with its homage to the purest kungfu with The Master. Jonny Ma will show us the hell that a man is living after causing an involuntary accident. Another film, Old Stone, was forbidden at the Hong Kong Film Festival but in Vic will be fully shown.

There a long list of art films. La estación de las mujeres, a chant for justice and freedom for women in India. Killa, also from India, is a coming of age story, from childhood to adolescence, that won the Crystal Bear at the last Berlin Film festival. The Deal, a new Korean thriller that will grip everyone to their seats at cinema Vigatà. Serdhak and Sunakali from Nepal will make us reflect on the theoretical advances of the modern world and sport as an integrating tool.

Since previous editions, documentaries have been gaining more space at the festival. This year, there will be three good examples of the current popularity of the genre, also present in Asia: For the Love of a Man, and incredible portrait for Rajinikanth’s fans, an Indian film superstar; The Last Pinoy Action King, a portrait with the most successful Philippino film star and, Songokumania, produced in Catalunya, and Oriol Estrada recalls the Dragon Ball phenomena.

Finally, the Asian Summer Film Festival has prepared a trangressor programme with funny, original and saucy films... This 2016, at Nit Golfa, there will be many crazy short films and two full-length ones: The Best of Tetsudon, a compilation of the best productions of this shameless cinema, and Bloody Chainsaw Girl, a new example of B-side films, based on a popular manga where a young schoolgirl walks around with a chainsaw, and not for logging really... There will also be action, humour and gore on Friday night. Z Island is a delicatessen where Yakuzas and zombies share the screen. At a gathering like this... only good things can happen.

And as a great closure of the week: Chin-you-ki is an adaptation of another manga of Gataro Man where the legendary Chinese book, Journey to the West, is mocked without remorse. Some people call it the scatological Dragon Ball. The best place to finish and close the festival.

Share
« Music and Much more on Stage
Hikari, camera,… ACTION! »