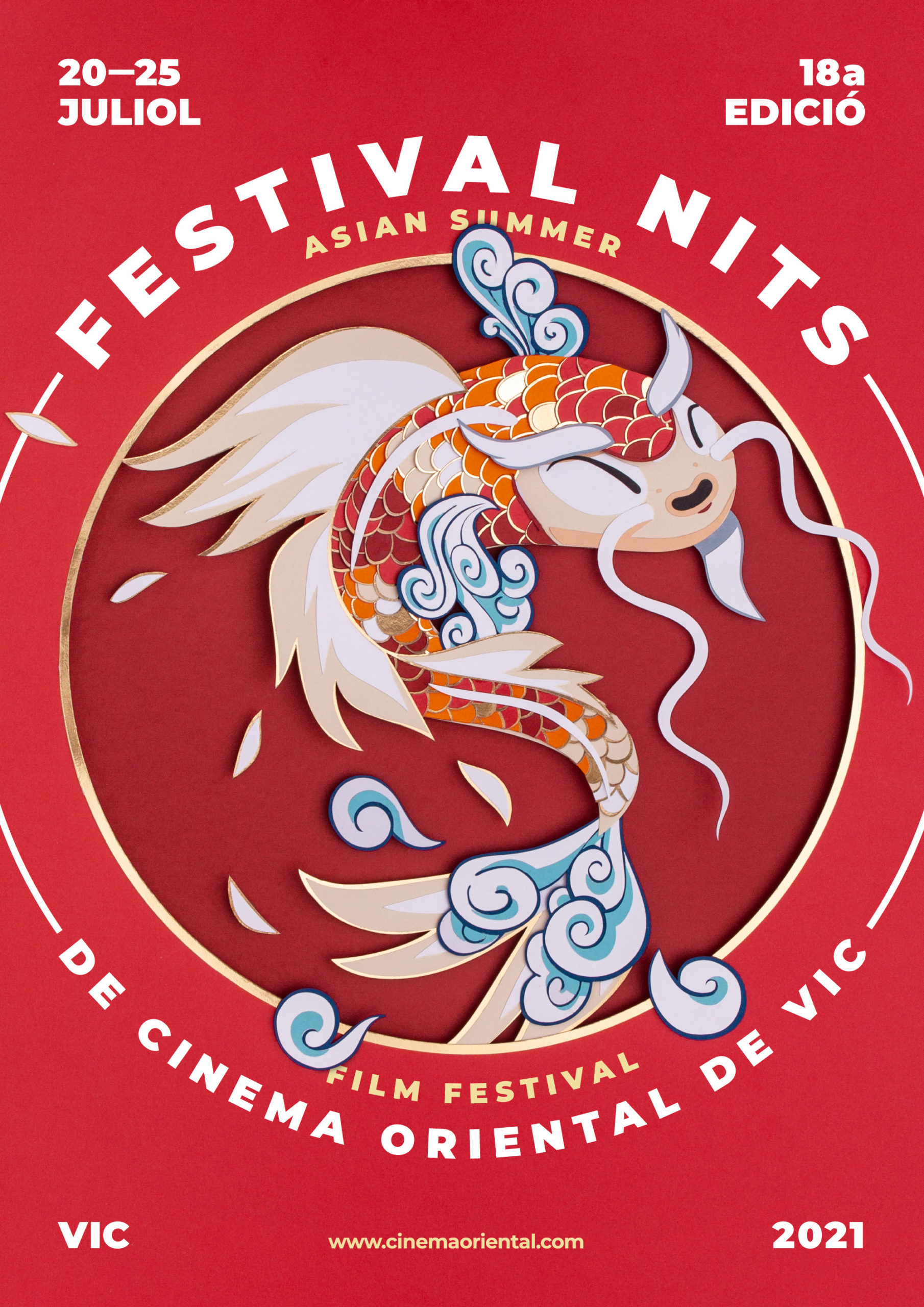 Resistance, patience, and luck. These are the attributes represented by the Koi carp, an ornamental fish from East Asia that appears in the image of the next edition of the Festival Nits de cinema oriental de Vic. If last year the Maneki Neko —or lucky cat—  symbolized the juggling to be able to carry out the Festival in an adverse context, this year the Koi carp will provide the necessary dose of joy and determination to swim against the current, with the wisdom that was acquired in a very demanding past edition. Its name means "creature of beautiful colours" and represents the multicultural variety of Asia. The red background is the colour of happiness and good luck. As every summer, Vic will once again be the meeting point of Asian culture through cinema and gastronomy between the 20th and 25th July.

The Festival Nits announces the first three titles of its programming from three different countries. First, the fast-paced Cantonese blockbuster Shock Wave 2 (Herman Yau, Hong Kong). This is an action-packed movie with a stellar cast starring in the Movistar+ Night. The incombustible Andy Lau adds more fuel to the fire in the second installment of this blockbuster saga (the first installment was already an international premiere at the Festival Nits 2017) in which the wave is even more expansive than in the previous one: more action, a more spectacular cast, and a more vibrant and engaging plot.

The second title is The Secret Zoo (Son Jae-gon, South Korea), a production that combines an authorial look with an obvious commercialism, and belongs to one of the Asian fashion cinemas. In our country it is not very common to see Korean comedies, so the audience will be able to enjoy their sense of surreal and irresistible humour. The spirit of collective comedy with a message (in this case environmental) stands out in this delirious story of animals and humans, or of humans acting like animals. This adaptation of a popular webcomic has become a blockbuster success in his home country thanks to the chemistry of the characters, their emotion, and their sense of absurd humour.

The third proposal is Tokyo Dragon Chef (Yoshihiro Nishimura, Japan), a crazy Nishimura trademark, a hilarious, delirious, full of rock 'n' roll film and, in this case, suitable for all audiences. It’s a mix of Japanese noir with The Blues Brothers, ramen dishes, and the most exaggerated action scenes. Little budget and a lot of imagination for a playful experience that gives away cameos as celebrated as Tak Sakaguchi and several J-Pop stars.

The Festival Nits has already opened the registrations for films and short films for the next edition that can be made through the Festhome platform until May 21.