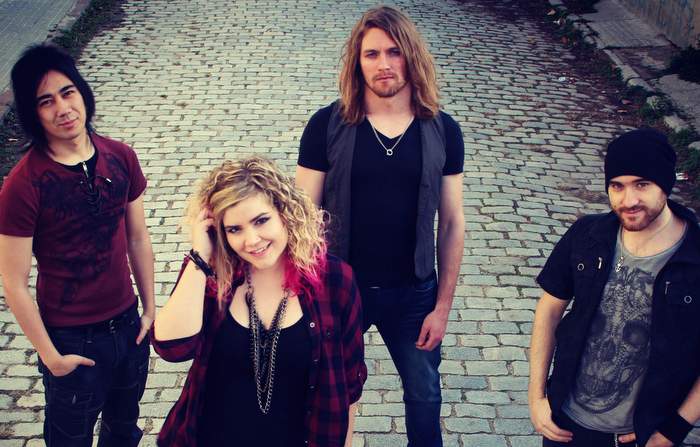 The Asian Summer Film Festival in Vic is all about films but it also offers other cultural expressions, like music. The 13th edition of the festival will open on Tuesday 12th of July. The first day will be dedicated to Japan and the band White Noise will present the songs from their new album B-sides stories. The modern Japanese rock band from Barcelona will play at the outdoors stage at La Bassa dels Hermanos on opening night from 20.30 h.

On the first day of the festival, Japanese films will be shown all day. In the morning, the kid’s screenings and the retrospective, and in the afternoon and the evening, the official section screenings at Cinema Vigatà and at la Bassa, where White Noise will play. But it will also hold other cultural activities related to Japan, as well as a Japanese themed dinner.

White Noise’s new six songs –and their instrumental versions- of their second album show maturity.
The influences from their One Man.km.to Japan tour that took them to several cities in Japan are clear in the new tunes. During theis tour, they shared stage with Japanese bands. For the last eight years, White Noise have been experimenting with the musical trends of J-Rock.

In 2008 they started playing anime covers and from the main Japanese bands of the moment. They won the best newcomers with Eastern influences at the Japan Fever Awards. Two years later they became a great hit in our country and in Japan. In 2014 they released their first album High Risk no return, and they went back to Japan for a tour.

Catchy tunes, powerful guitars, a female voice and lyrics with a mix of languages, Japanese and English, define their music. They have a personal style, far from any label, as a result of blending different trends.

The band has given their song named 57 to the festival, which is the soundtrack of our teaser ad.