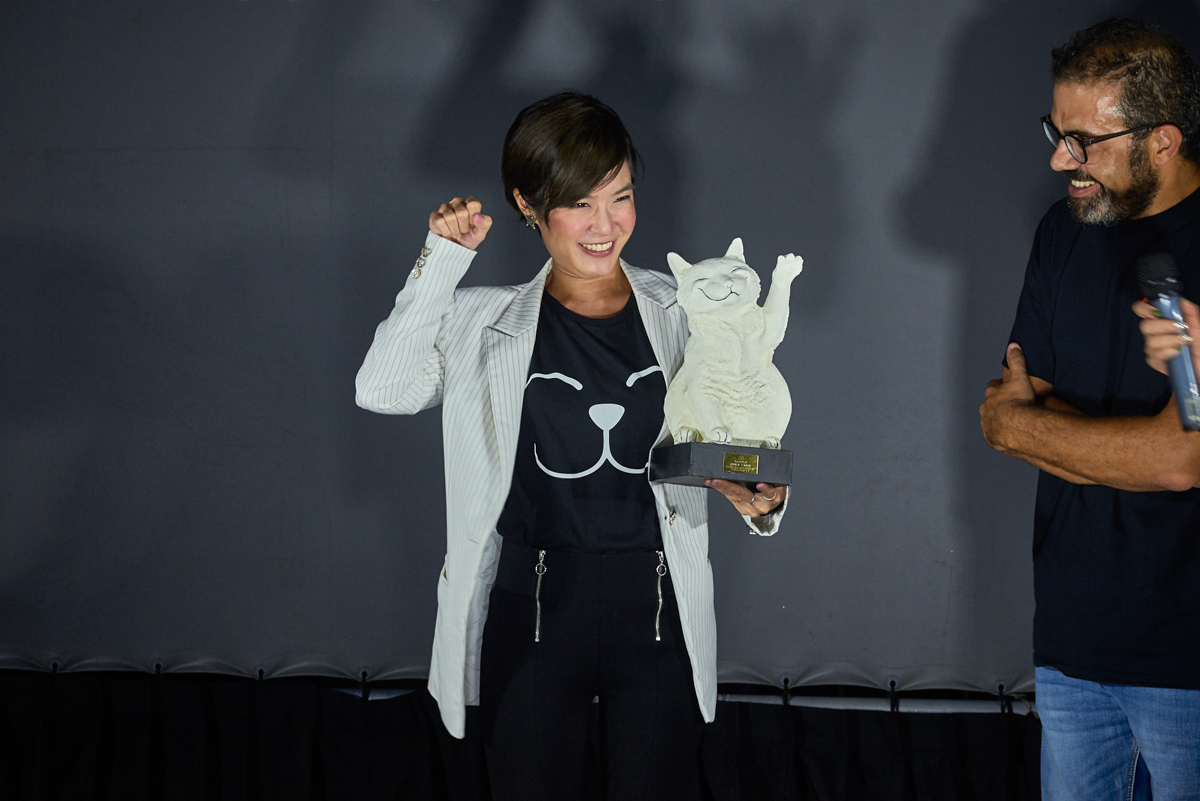 The Asian Summer Film Festival (Vic, Barcelona July 15th-21st) has awarded the Thai actress Jeeja Yanin (Bangkok, 1984) with the Honorary Award on its 16th edition. Yanin has attended the festival, stayed in Vic for four days and visited the city and this area of Catalonia. Press and fans have had the chance to meet her personally and enjoy her experience and charm.

Master Prachya Pinkaew saw Jeeja Yanin in a taekwondo match when she was 20 years old and asked her to join his stunt team. She learned Muay Thai (Thai boxing) and studied acting. Yanin inspired Pinkaew to write Chocolate(2008), which was projected at the Welcome Night (Monday, July 15, at Seminari de Vic). Its international success made her a great female star of Asian action cinema.

In Raging Phoenix, the inaugural film of the 2010 ASFF that is also included in the retrospective 'Thai Action!' this year, she polished her technical inventiveness further, adding her ballet experience. Then she appeared in films where she shone, like This Girl is Badass (2011); in productions like the Korean feature The Kick (2011), where she was able to show her mastery of taekwondo; also in Thai Dragon 2(2013), next to Tony Jaa; and she also took part in big-budget coproductions such as Europe Raiders (2018) or Triple Threat (2019), recently released in Spain.

The Festival awarded Indian film Andhadhun and Chinese movie Spring Sparrow. It presented a programme that includes both high-profile and independent films. From the spectacular Chuck Russell's Bollywood Junglee to Tang Gaopeng's directing debut feature on China's new ways, The Road Not Taken, and the cult film of the year, the irresistible The Man Who Feels No Pain. This 16th edition has covered all genres and styles with films that come from eight different Asian countries.