HOME / Latest / Music and Much more on Stage 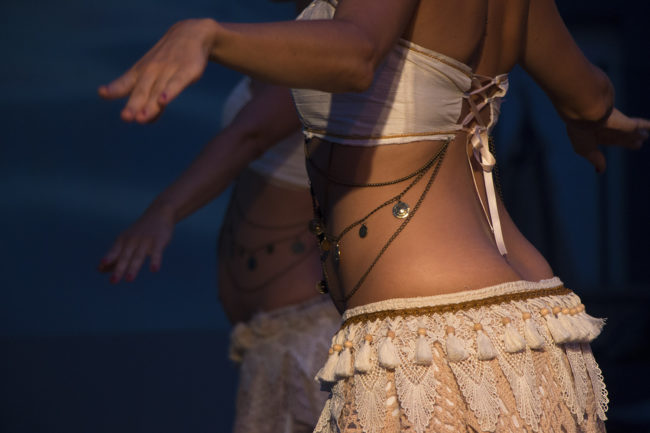 Music and Much more on Stage

The Outdoor Stage at La Bassa will be the best side dish for the themed dinners. Many activities will take the stage between 20h and 22h, especially music this year. There will also be martial arts performances, workshops and dance lessons. And the spirit of the Asian Summer Film Festival will spread across the city, with many activities at other venues like Joan Triadú Library, Jazz Cava or at Okashii restaurant.

Three concerts will take place at La Bassa. The first ones to take the stage will the J-Rock band White Noise. On Tuesday, 12th of July, they will officially launch their second album at the opening night of the festival. The day after, on the 13th, Jin Jin Chen will bring to the festival a compilation of Chinese songs. The Nepalese Pemba Chhoti Sherpa, Ajaye Lopchan and Reshu Lopchan will play on Thursday.

There will also be another live concert with Asian influences at Jazz Cava. A new section of the festival debuts this year, Ruta Marco Polo that will bring together East and West like Guillem Roma and the Camping Band Orchestra will do at another unmissable gig.

With so much music, we feel like dancing. The screening of the film Beijing Carmen is the perfect excuse to get a unique performance on stage: a flamenco show with Aina Núñez, a dancer from Vic that will blend the legendary Carmen with Eastern culture.

There will also be a dance show mixing cultures with Dansara that will fusion Indian dances with diverse styles from different countries. They will offer an enriching and original intercultural dance performance.

Another classic of the Asian Summer Film Festival are the martial arts exhibitions. The stage at La Bassa will welcome several schools and styles that will show this art form of self-defense, health improvement and personal development. There will be a combined performance of karate and Jiu Jitsu, Taekwondo Amiro Vic will present a taekwondo number and the students of L’Indret will show the benefits of Tai Chi.

There will also be a wide range of workshops. Estudi Varali will organise a Bollywood dance class for kids of all ages. Avi Dada will teach how to make and fly Nepalese kites and every day, at lunch time at Cinema Vigata after the kids’ screening, everyone will be able to learn how to make a naughty Hikari with Estudi Xevidom.

And for the little ones, Rondallaire will bring a light and shadow puppet show to Joan Triadú library, a musical adaptation of the story of Issun Boshi, the tiniest ever known child. He spreads his wings and takes on a journey around the world.

In this edition dedicated to Japan, we couldn’t miss an exhibition of Maneki-nekos. Sixteen artists have painted and decorated the lucky cat sculpture following the artistic and cultural movement in Hong Kong called Art Toys. The personal artistic look of its individual creators or art collectives has been captured at Do Da Cat.