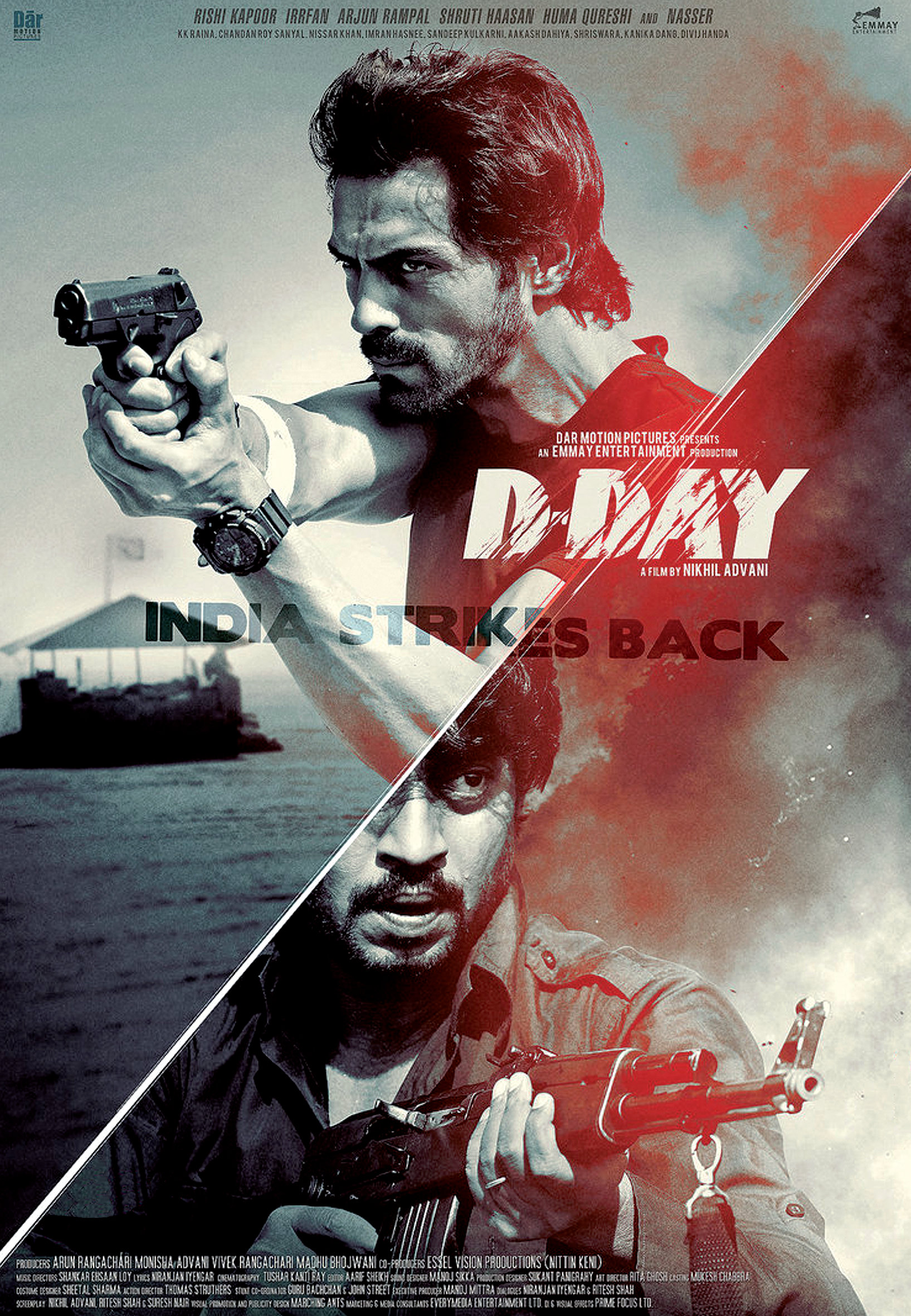 Inspired by real events, D-Day contains political criticism unusual for a Bollywood film. The moral questions it raises about governments’ actions in their fight against terrorism have gained it both fierce defenders and bitter detractors in its home country