HOME / Latest / An edition and an audience up to the circumstances 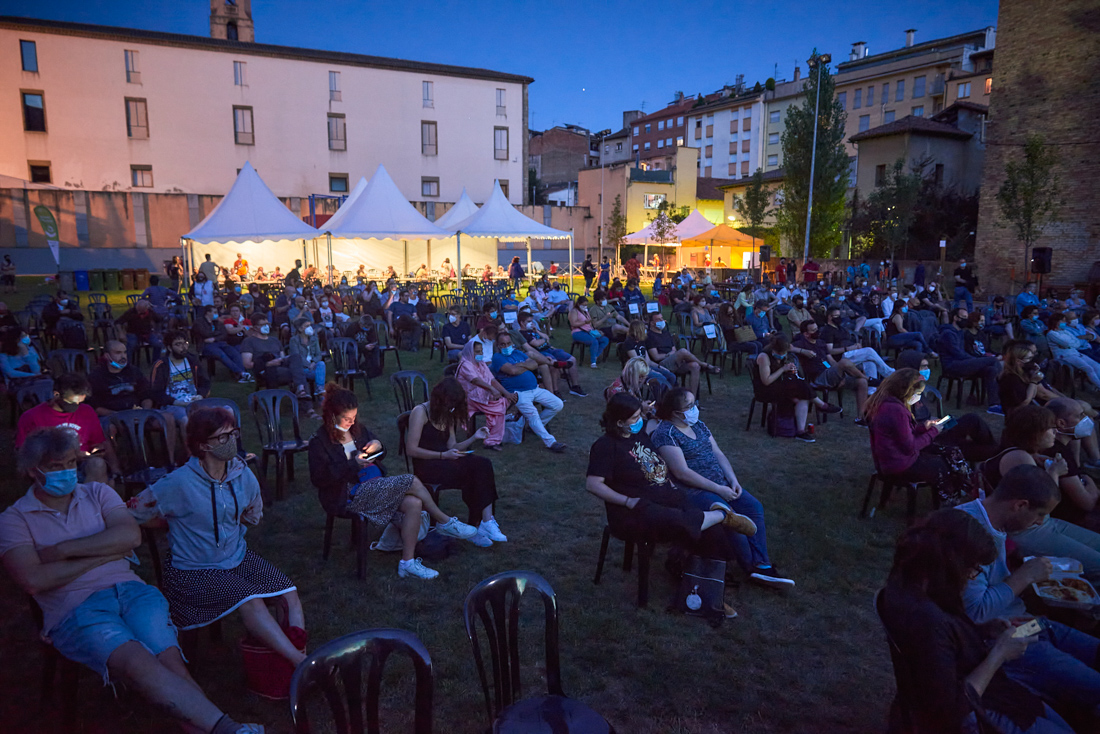 An edition and an audience up to the circumstances

The contest has included a retrospective film on the show, Enter the Fat Dragon (1978), in order to provide context for the inaugural film, Enter the Fat Dragon (2020), starring star Donnie Yen. Yen also closed the event, with the projection of the expected Ip man 4: El Final (2020), which the distributor Cinemaran-GarboMedia will premiere on Movistar+ in late August. The Nits public has also been able to enjoy 18 parallel activities: concerts, martial arts exhibitions, dance performances, workshops, exhibitions and talks, from July 5 to 23 with the Més Nits! program, and from the July 23 within the contest. A total of 450 people enjoyed the different previous proposals, 12 of which sold out tickets.

The public has entirely supported the event. Despite having had to reduce the capacity to 50% in all the Festival Nits venues, the attendance at the Cinema Vigatà screenings has increased compared to previous editions, with a total of 3,300 spectators. On the other hand, the three Nits in la Bassa have sold out seats, with 400 spectators every night. The growth of the specialized public, faithful to the Nits Festival, has also been demonstrated with the advance purchase of the Nitòman subscription (which allows attending all the festival sessions); this 17th edition has hosted more than double Nitòmans than the 2019 edition.

Likewise, the Festival continues to add complicities within the territory (with more than 30 entities involved in its organization) and in the film sector of the country, through the support of young creators and other organizations in the sector.

Sheep without Shepherd (Sam Quah, China 2020) has received the Jury Prize of the 17th edition of the Nits Festival “for its daring, thematic courage and the forcefulness with which it bets on social transformation”. The Jury, made up of Ivet Castelo, Oriol Estrada and Lucía Alemany, highlights “the precision of its script and the rhythm of the narrative that it captures throughout the entire length of the film, the charisma of the characters and their excellent acting”. They have also awarded a Special Mention to the film Friend Zone (Chayanop Boonprokob, Thailand 2019), “for its freshness and relevance, the originality of the scenes and the truth behind the characters.”

Both the Critics’ Prize and the Lucky Cat Prize, awarded by the public through electronic voting, have also gone to Sheep without Shepherd. This intense and intelligent thriller tells the story of a Chinese family living in Thailand, who leads a simple but happy life when the oldest daughter is the victim of an assault in a student camp. From here a spiral of accidents, lies and suspicions begins, accompanied by a police investigation.

In order of the public voting, the second place has been for Because of you (Zeng Zhen, Taiwan 2019), an atypical love story between a mother and a daughter, and the third for Sonchiriya (Abhishek Chaubey, India 2019), a dry, unpredictable and very intense western.